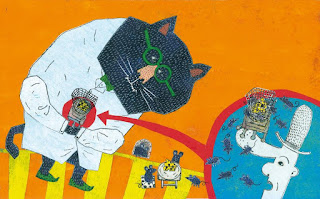 “Nagamichi-kun ga Wakaranai” is the story of a girl who becomes curious about her classmate and follows him home from school. The rhythmic writing and humorous expressions of the boy's behavior from the girl's perspective were highly evaluated by the judges.

The book competition is hosted by the International Institute for Children's Literature, Osaka, with the aim of helping develop children’s imagination and creativity. The competition was launched to commemorate the 1984 opening of the Institute. In support of its objectives, Nissan has sponsored the competition from the start.

The competition also gives talented amateur authors and illustrators the opportunity to take their work professional. More than 122,000 entries have been received in the 37 years since the start of the program, and 67 books have been published.

Over the years, Nissan has donated more than 260,000 books to libraries and childcare facilities across Japan, as well as to Japanese schools and Japanese language schools overseas.