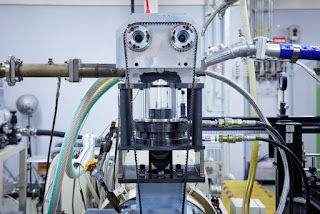 "In pursuit of carbon neutrality across our product lifecycle by 2050, Nissan aims to electrify all new models launched in major markets by the early 2030s,” said Toshihiro Hirai, senior vice president of the powertrain and EV engineering division. “Nissan's electrification strategy promotes the development of e-powertrains and high-performance batteries for EVs, with e-POWER representing another important strategic pillar."

A dedicated approach towards enhanced efficiency

Conventional internal combustion engine (ICE) vehicles demand power and performance from an engine under a wide range of speeds (RPMs) and loads. This fundamental requirement means conventional engines cannot perform at their optimal efficiency at all times. However, Nissan’s e-POWER system utilizes an on-board engine as a dedicated electricity generator for the system’s e-powertrain. Operation of the engine is limited to its most efficient range, appropriately managing the engine's electricity generation and the amount of electricity stored in the battery.

With this dedicated approach, and the evolution of battery technology and energy management techniques, Nissan has been able to improve thermal efficiency beyond current levels. Development of the next generation e-POWER system continues this path of efficiency through Nissan’s design and development of an engine exclusively for e-POWER.

To achieve 50% thermal efficiency, Nissan developed a concept called ”STARC”, named after the key words strong, tumble and appropriately stretched robust ignition channel. The concept enables improvement of thermal efficiency by strengthening in-cylinder gas flow (the flow of the air-fuel mixture that is pulled into the cylinder) and ignition, reliably burning a more diluted air-fuel mixture at a high compression ratio.

In a conventional engine, there are restrictions on controlling the air-fuel mixture's dilution level to respond to changing driving loads, with several trade-offs between various operating conditions, such as in-cylinder gas flow, ignition method, and compression ratio which can sacrifice efficiency for power output.

However, a dedicated engine running at an optimal range of speed and load for electrical generation makes it possible to dramatically improve thermal efficiency.

In internal testing, Nissan achieved a thermal efficiency of 43% when using the EGR1 dilution method and of 46% when using lean combustion2 with a multi-cylinder engine. A level of 50% was achieved by operating the engine at a fixed RPM and load combined with waste heat recovery technologies.

e-POWER was first introduced in Japan in 2016 with the Nissan Note. At its core is the same 100% electric motor-driven technology used in the Nissan LEAF to deliver instant torque, power, efficiency and excitement. The system is comprised of a gasoline engine with a power generator, inverter, battery and electric motor.

Unlike a conventional hybrid system, e-POWER enables exclusive use of the on-board engine for electrical generation by separating the engine's output and the driving force at the wheels.

In late December 2020, Nissan launched the all-new Note in the Japan market. The all-new Note comes exclusively with e-POWER and has already gained over 20,000 orders. As the company’s best-selling model in its home market, the Note plays a key role in the Nissan NEXT global business transformation plan.

1  Technology that recirculates a portion of exhaust gases after combustion back into the combustion chamber.
2  Combustion with an air-fuel mixture ratio that has more air than the theoretical air-fuel ratio (wherein the fuel and oxygen reaction have perfect proportions; that is, the ratio of completely burned air to fuel). Lean combustion with an excess air ratio of λ = 2 is assumed.
Postado por Nissan Clube às 10:10