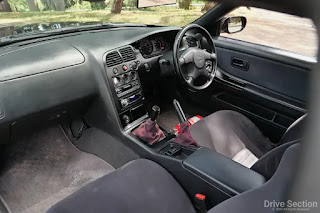 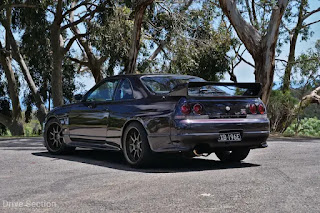 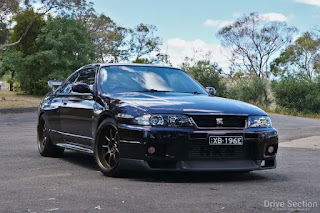 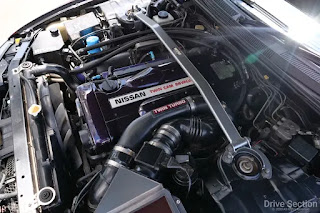 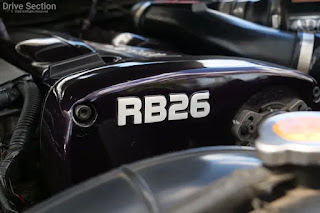 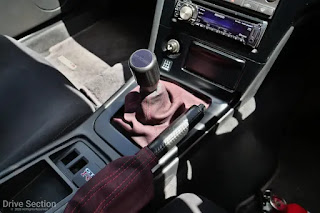 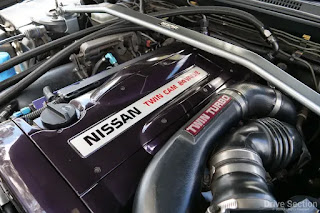 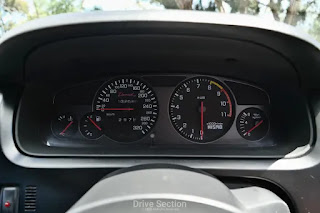 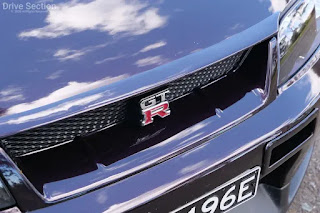 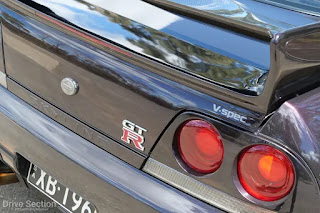 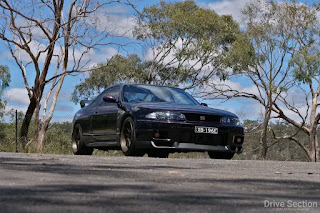 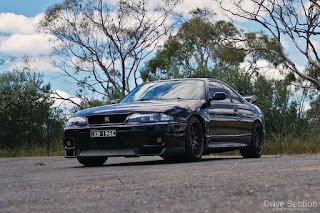 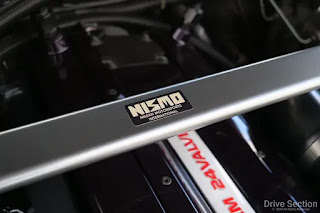 RB26DETT engine – a 2.6-litre twin-turbocharged straight-six – an untouched example would have produced a claimed 206kW (that’s the 276bhp maximum agreed to under the gentleman’s agreement between Japanese performance car manufacturers at the time) and 367Nm, with a five-speed manual gearbox and all-wheel drive helping to channel that power to the ground.

However, an array of extensive modifications this built engine has received – including forged CP pistons with an 87mm bore and 9:1 compression ratio, Tomei camshafts, an R34 cylinder head with ARP head studs, N1 Garrett turbochargers, an HKS intercooler and oil cooler, an ARC airbox, a dual-fed fuel rail with 1000cc Sard injectors and twin Walbro fuel pumps, and an R32 Nistune ECU with 5000rpm launch control just to name a few of the upgrades – has helped turn the power up in this instance to a meaty 360kW (483hp) at the wheels.