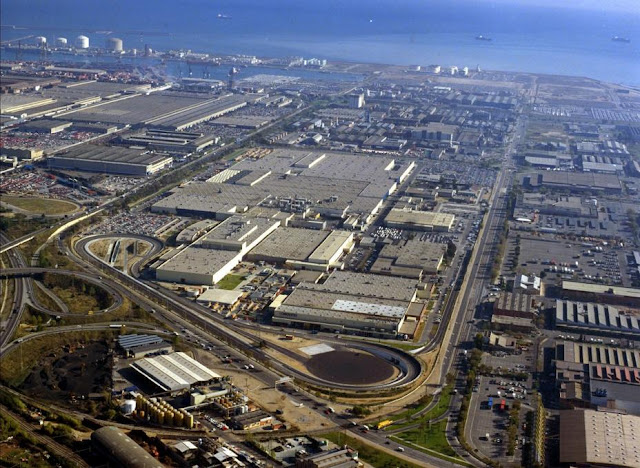 Barcelona, Spain – Production ended at Nissan’s Barcelona plants today, with the last unit of the Navara pickup manufactured at the Zona Franca factory.

Nissan started manufacturing in Barcelona in 1983 with the Nissan Patrol, since when 3,345,000 vehicles and more than 15 different models have been made in the plant.

"The teams at Zona Franca, Montcada i Reixac and Sant Andreu de la Barca have played an essential role in Nissan's history, making products that have been enjoyed by customers around the world," said Frank Torres, Region Divisional Vice President, Business Transformation and Alliance for AMIEO and head of Nissan's Industrial Operations in Spain.

"On behalf of Nissan, we extend a big thank you to all the workers at the three plants for their contribution to the company over so many years. We remain committed to reaching an agreement on the reindustrialization of Nissan's Barcelona plants that will provide a solid alternative for the future for the employees at these sites."

When production of the Nissan Patrol started in 1983 in Barcelona, it was the first Japanese car manufactured in Europe, with 196,000 units made over 18 years until 2001. The Patrol paved the way for the production of SUVs and pickups at the Zona Franca plant, which continued in 1993 with the Nissan Terrano II. A total of 375,000 units of Terrano were produced until May 2005, when the Pathfinder and the first version of the Navara pickup were launched. Both vehicles were manufactured until July 2015 when the NP300 Navara was launched.

In 2002 production started of the Primastar, a light commercial vehicle (LCV), of which more than 732,000 units were assembled until 2014. In 2009, production of the NV200 van began. Five years later came the Nissan Pulsar and the e-NV200 electric van. From 2014 until this December, more than 49,000 units of e-NV200 have been manufactured in Barcelona, exported globally.

The frames and suspensions plant in Sant Andreu de la Barca was incorporated to Nissan Motor Ibérica (NMISA) in 2016. Since then it has manufactured a total of 200,000 frames and 2.3m suspensions for different models of the Alliance.

Nissan's 74,000-square-meter stamping plant in Montcada i Reixac began its activity in 1958, although it was not until the 1980s that it became part of NMISA. In total it has produced more than 248m parts.